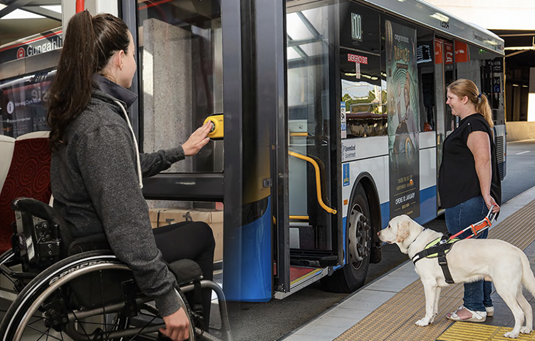 The Disability Standards for Accessible Public Transport 2002 (the ‘Transport Standards’), made under the Disability Discrimination Act 1992 (DDA), seeks to remove discrimination for people with disability in relation to public transport services, including trains, trams (including light rail), buses, ferries, aircraft, taxis and dial-a-ride services.[1] The Transport Standards are designed to provide certainty to providers and operators of public transport services and infrastructure about their responsibilities under the DDA.

As access consultants working as accessibility advisors in the Transport Industry, Architecture & Access recognises the inadequacies of the Transport Standards in its current form and have wholly supported this process through our submission in April 2021.

These include updates to existing areas of the DSAPT and updates to Australian Standards references in the Transport Standards and include new areas to be explored. The proposed amendments consist of the following 16 areas of reform:

These proposed amendments are intended to increase the flexibility and clarity of the Transport Standards and are based on extensive consultation and research. The second stage of amendments (to be considered in a subsequent Consultation RIS) will include those amendments that are likely to be more complex and time-consuming to develop and implement such as Emergency egress.

Each area of reform is proposed as the status quo, regulatory and non‑regulatory options for consultation. This is a great start however still a long way to go.