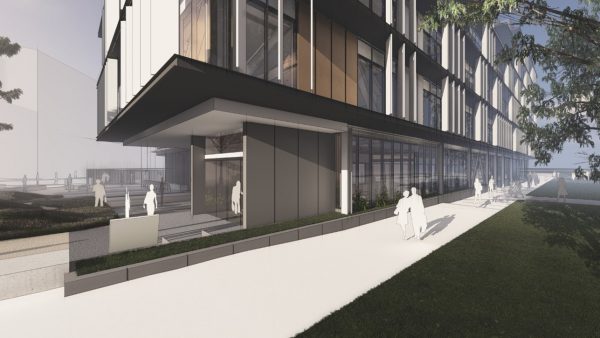 Vertical school on the rise at historic gasworks site

Located at the old Fitzroy Gasworks site, the new 650-student secondary college is positioned on the north-west corner of the site, fronting Queens Parade and George Street. The college is an important part of the urban renewal project to revitalise the site and improve community facilities to meet the demands of the growing population. The site is close to public transport, open space and established community facilties.

Architecture & Access were engaged by GHD Woodhead in 2019 to provide access consulting services for the new campus on behalf of the Victorian School Building Authority.

The grand design comprises of seven levels, including basement, with the expected age of students to range from 12-18 years of age and be of mixed genders. The state-of-the-art facilities will consists of general learning spaces, a digital design and technology hub, a wood and metalwork hub, indoor, sports courts and a rooftop terrace outdoor court and activity space.

Other services provided within the building include a canteen and kiosk, accessible sanitary facilities, accessible joinery and workstations, accessible tea points for staff and students and hearing augmentation systems.

An amphitheatre which is located centrally within the building also serves to allow staff and students to travel between the levels, as do the terrace stairs that provide access between four terraces. The fire stairs also serve as dual function, allowing both general movement for school use and circulation in emergencies, Alternatively, lift access is provided between all levels.

GHD Woodhead have worked alongside Grimshaw in designing the new multi-level school campus and Watpac Construction have been appointed to build the new campus with a project budget of $84 million. Construction of the campus is already underway and set for completion in 2022.