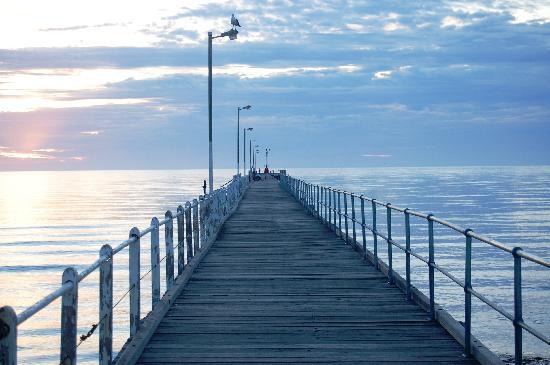 Part of the plan to ensure the streets, esplanade and buildings are accessible

Inclusive SA is the South Australian State Government’s Disability Inclusion Plan. ‘A whole-of-government approach based on fairness and respect to improve access and inclusion for people with disability’. (https://inclusive.sa.gov.au/)

South Australian local government councils are required to update their Disability Action & Inclusion Plans. These plans incorporate the needs of the community for the future and ways to reduce te barriers faced by people living with disability. It is the government’s aim to increase accessibility to public and community infrastructure, transport, service information, sport and recreation and the greater community.

This year Tumby Bay, a beautiful coastal township on the Eyre Peninsula in South Australia was granted funding to complete council audits to satisfy requirements of the Disability Access and Inclusion Plan along with other policies.

The District Council of Tumby Bay appointed Architecture & Access to complete the audits. The audit brief of was to identify compliant and non-compliant features and required upgrade works for existing infrastructure and buildings along 5 streets and in, 4 council buildings and 4 public toilet areas.

The aim was to ensure the streets, esplanade and buildings provided the most accessible environment for people with disability, the aging population and the fast-growing tourist trade.

Architecture & Access visited the sites and completed an access audit/appraisal to identify both mandatory legislative items and those that would enhance access for a person with disability in the built environment. The audit included the Disability (Access to Premises – Building) Standard 2010 (DAPs). DAPs, a standard developed under the Federal Disability Discrimination Act 1992. The requirements of this standard were implemented into the Building Code of Australa and state-based building regulations.

The data gathered in the audit was incorporated into the site specific audit reports and presented to the council stakeholders.

There are reoccurring themes of non-compliant features in many council audits and offices throughout SA, in both metropolitan and regional areas. The most common issues found during audits include the following:

The Tumby Bay Council is reviewing the 15 audit reports to formulate a plan to prioritise areas of greatest risk of non-complaince and to determine a budget to rectify now and in the future. The Architecture & Access audit report provided information to assist in the Council’s Disability Action & Inclusion Plan. These plans are to incorporate the needs of the community in the future.